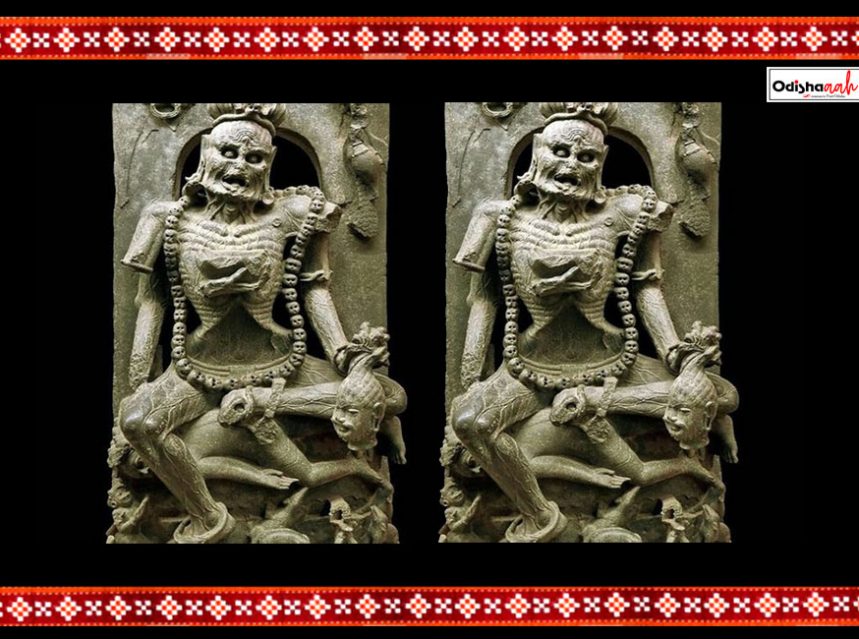 As posted on Lost Temples’s Facebook handle, the sculpture is of goddess Chamunda. The sculpture shows the skeletal body with a terrifying face, sunken eyes, gaping mouth, long nails & sunken belly. One can notice veins emerging from the emaciated body of the Goddess.

The Goddess wears a garland of skulls with Jatamukuta formed of matted hair, tied with a snake. She holds a bowl filled with blood in her hand. The deity Chamunda is shown surrounded by skeletons, eagle, snake & scorpion… 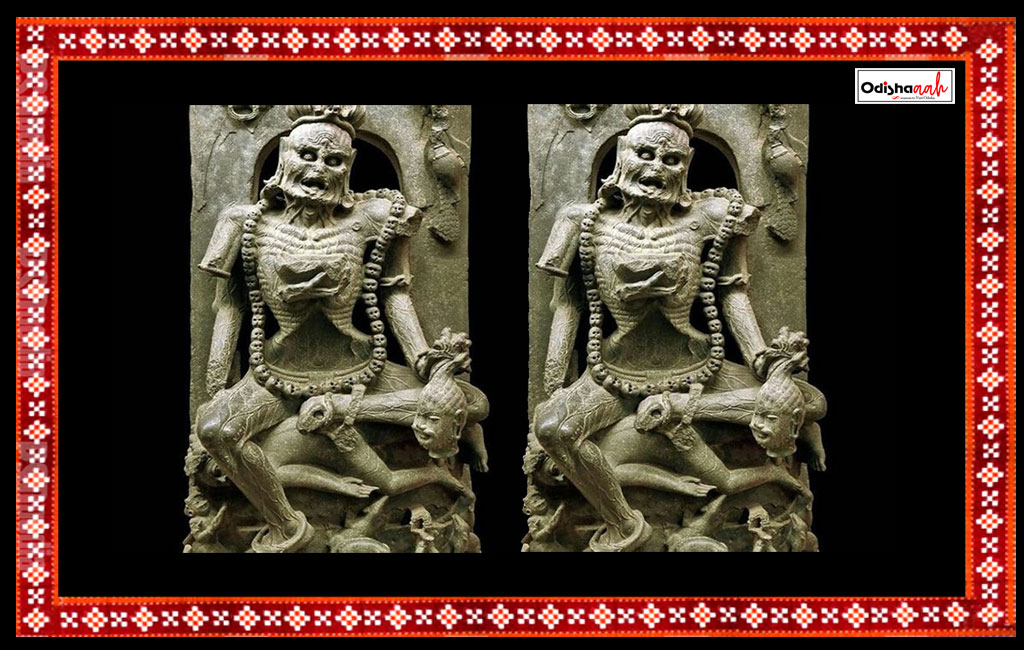 The ferocious Goddess is known for killing demons Chanda & Munda, therefore she is called Chamunda. The deity is the Goddess of death & time.