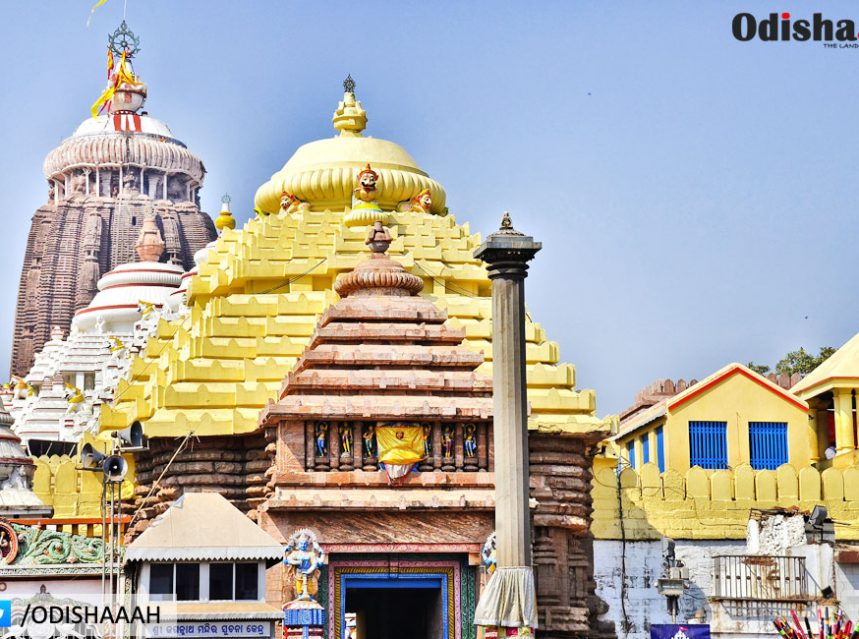 Lifestyle of Puri People. Puri, though a small temple town, attracts a large number of people from different parts of India, many of whom wise to settle down here for its status as the ultimate place of salvation. Normally, Puri people mean the original inhabitants of Puri, mostly consisting of the priestly order, artisans, and others connected with the great temple. The localities like Markandeswar Sahi, Harichandi Sahi, Bali Sahi, Daitapada Sahi, Dolamadap Sahi, etc. are inhabited by the temple servitors and other castes directly or indirectly connected with the temple. A major segment of them are Jatri Pandas, Gumastas and Dhukias. The flow of pilgrims from different parts of India in almost all seasons has afforded the scope of entertaining them and earning their livelihood. They are used to be conversant in different regional languages to guide the pilgrims of different states.

The general occupational structure and the socio-economic condition determine the lifestyle of the people of a particular locality. Puri being a cosmopolitan culture entertains various classes of people. The traditional class of persons of Puri consists of Temple Sevayats, Supakars, and others as stated earlier. But the most significant are the artisans, which consist of carpenters (Badhei), Painters(Chitrakaras), Potters (Kumbhakaras), Stone – carvers (Pathurias), Applique workers, and other artisans engaged in manufacturing of different handicrafts like Patta Paintings, Palm-leaf carving, Seashell production, etc. All such artisans have linkage with the Jagannath Temple and the products have a tourist attraction. Their economic activities are more oriented and influenced by the lifestyle of Sevayats. The carpenters (Badheis) of Puri are engaged in the construction of the massive chariots (Car Festival) every year. Similarly, the Tailors (Dargi) stitch the clothing of the chariots (festive car) and flag (Pataka) for the temple, the jewelers (Bania) are associated with the preparation and repair of ornaments of the temple Lords, the carriers (Bojhia) of Mahaprasad all entertain a sense of pride being associated with service (Seva) to Lord Jagannath temple.

The Brahmins play an important role in rendering different religious services to the pilgrims like Sradhha, Sankalpa, Jagya, etc. The Brahmins of nearby Sasan villages around puri use to sit on Mukti Mandap and offer prescription (Byabastha) containing puri ficatory advice (prayaschita Bidhi) for different social sins. The gifts and donations of the pilgrims constitute their livelihood. Dhoti, Chadar, and napkin are their usual dress with a sacred mark on the forehead make them distinct from other people. 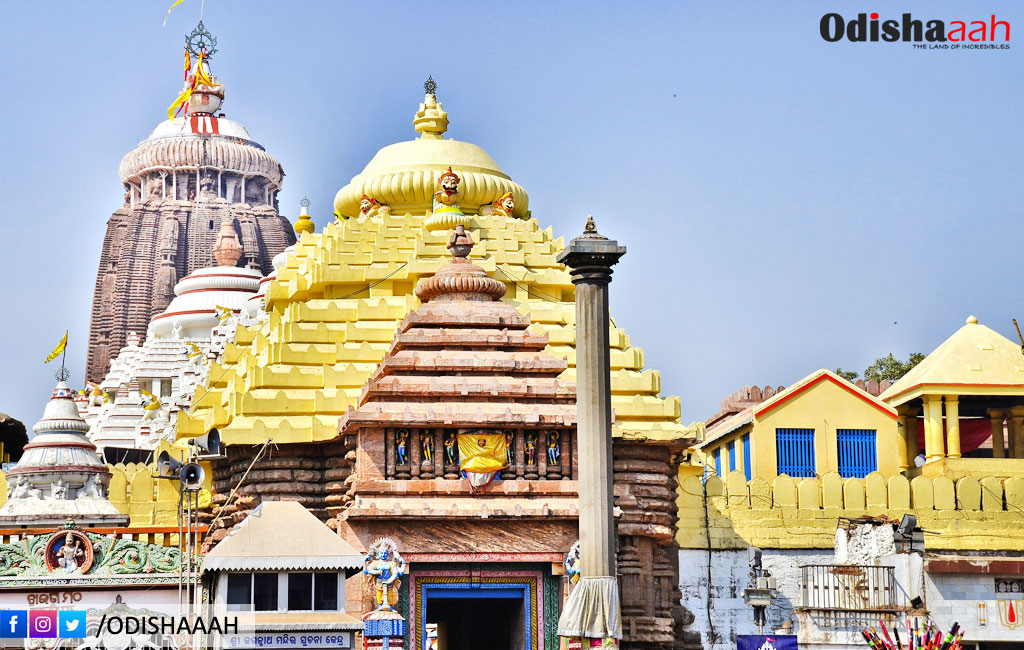 Pleasure seeking is the basic principle of the lifestyle of Puri people. Collective activities with feast and merrymaking are their usual way of spending leisure and recreation. The local lifestyle of Puri people consists of Sanga (friends), Bhanga (taking Canavis Indica), Sangeeta (music, Pangata (feast). This is called Mauja (recreation) in singular terms and the tradition Puri people is somewhat philosophical in substantiating the validity of mauja in the following words- “Marigale Pani Patrie Paibu mauja Paibu Kahun? (After death, one is only entitled to get a spoon of water as homage, but can he get recreational pleasure like this?). The cultural centers of Puri grown through the unbroken tradition of the town are “Jaga” and “Akhada”. Such forums are meant for training the youth in physical exercises, gymnastics, music, and other social and ritual services of the Temple during “Sahijata” commencing from the birth of Lord Rama and his coronation after killing demons Ravana. Each Sahi has a traditional mode of participation spread over seven cantos of great epic “Ramayana”. The lifestyle of the youth of traditional families of Puri is shaped considerably by such youth organizations. With the commencement of winter, the Sahi youth go to Jaga for massage, wrestling, and other physical exercises. During such a period they are refrained from taking any intoxication and observe complete celibacy (Brahmacharya).

Thus Puri’s traditional youth maintain a muscular and well-built body. Jagas also impart musical lessons particularly Odissi, Chhanda, Champu, etc. with Mrudangam. Usually, collective feasts are arranged in such Jagas, which is one of the major attractions to participate in Jaga activities. The apex bodies of such Jagas are Akhada, Kota, etc. Apparently, such organizations have been set up as military mechanisms against invaders. The Puri people, mostly the youth mass, participate and play a major role in different festive events such as Ratha Jatra, Chandana Jatra, Jhulana Jatra, etc. On the occasion of one noteworthy festival Chandan Jatra, during which the festival deity Madan Mohan go with a procession with their divine associates Panchu Pandava to Chandan Tank for pleasure boating, Puri people in general and youth of Jagas, in particular, participate with great enthusiasm which is a distinctive lifestyle of Puri people. Jhulan Jatra is another popular festival where Odissi Music and “Gotipua” dance are notable items performed by local people.

Cultural involvement has been the most prominent feature of Puri people for centuries despite several odd phases in history. Some of the traditional Puri people, though minimal in number, nurture a fond habit of domesticating or patronizing pets and playing with them. Such pets include birds like para (Pigeons), Gobara (a small brown-colored bird), Parrot, animal-like monkey, Neula (Mongoose), and even bulls. Occasionally they organize various contests among them. They look after the pets with much affection and care.

The daily routine of a traditional common Puri man begins with going to Jaga, taking full body massage and bathing in a pond, taking heavy breakfast and going to the respective profession to the temple or Lion’s Gate for motivating pilgrims for Darshan of the deities, then going to home for food and fiesta and in the afternoon go to Jagas to paste and take Canavis Indica (Bhanga), go for open-air toilet (Pokhari Pani) and bathing in a pond. Habitually they wear Dhoti and Punjabi and walk-in majestic style with swinging shoulders called “Mani Bimana Chali”. The dialects of Puri people is peculiar with a commanding personal touch usually qualified by some obscene words called “Do-akhari” by which they don’t mean anything but it is their style of speaking. Sometimes people take exception to it. However, they have the unique quality of establishing a friendship with an unknown man within no time. 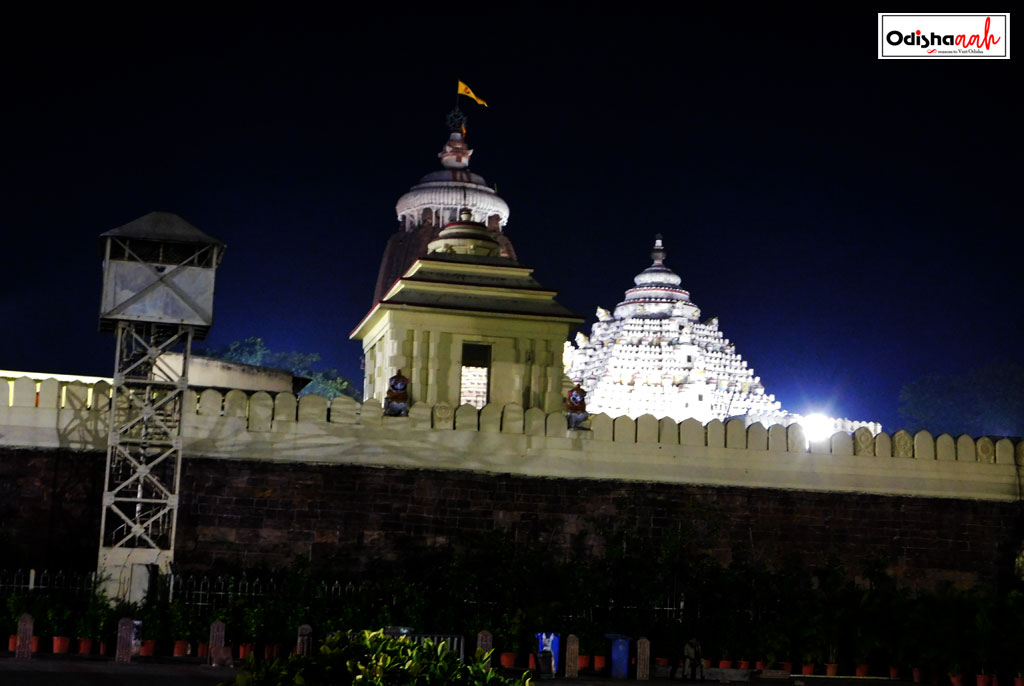 They are respectful to the elders and lovable to the youngsters but become arrogant while dealing with other professional rivals while with pilgrims. they always prefer to remain with friends and show more interest in collective feasts in different picnic places in and around the town. Most of the traditional Puri people are experts in cooking.

In general, the lifestyle of the Puri people is distinctive and unparallel, and tension-free. They enjoy even then adversities and usually do not get worried about personal problems. They assign everything to Lord Jagannath and believe that he will take care of everything. The unworried attitude of the Puri people in any problem, small or big, is sometimes construed as traditional incorrigible lethargy. They are complacent and lovers of leisure or entertainment. They sidetrack the problems particularly relating to family and get involved in collective merry-making.

Though with the onslaught of modern culture, rapid urbanization, commercialization, consumerism, socio-economic traumas, and spread of hatred and narrow feelings, the basic tenets of Puri culture are gradually being shattered. But still, considerably a sizeable amount of it remains to which we may identify as the true distinct feature of Puri and its people.