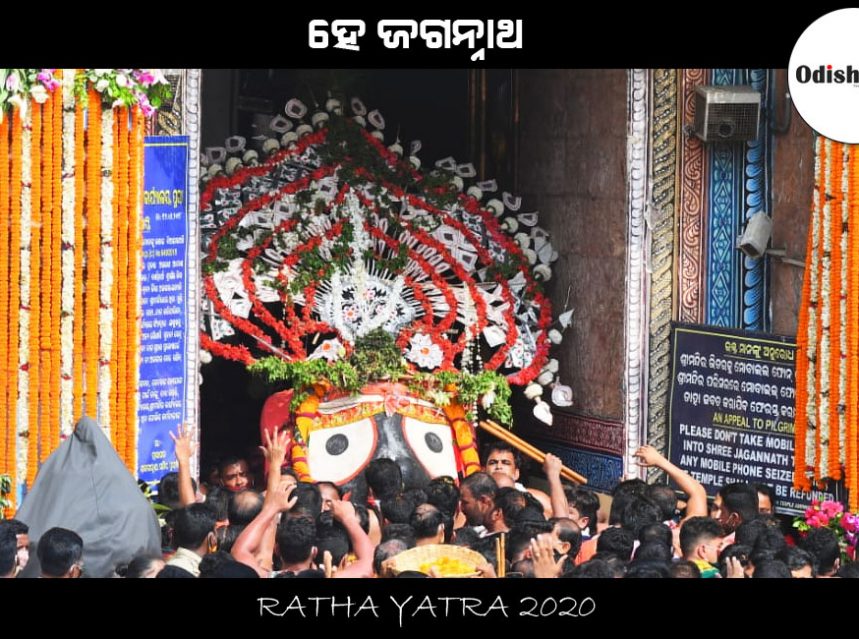 Odisha’s pride and Puri’s honor, the Rath Yatra which is also known as chariot festival is celebrated every year starting from ‎Ashadha Shukla Dwitiya to Ashadha Shukla Dashami.

After Snana rituals, it is considered as the Lord falls sick for which they are kept in the sick room. During this period (as called Ansara) no devotees could visit the lord. Lord is kept and cared for by the Raj Vaidya.

After a fortnight and recovering from illness, Lord wishes to visit Gundicha temple and the biggest festive week gets started.

The ritual for the mesmerizing journey of Lord Jagannath, brother Balabhadra and sister Subhadra to their respective colossal chariots/Ratha is subjected as Pahandi. In Pahandi the idols are carried and accompanied by the devotees, stepping ahead bit by bit and swaying out with the melody of ghanta, telingi Baja, and Kahala.

The idols are decorated with mukuta or tahia ( which is a floral semicircular design put on the back of the head of the Lord’s idol). The tahia is decorated with several flowers prominently lotus and its leaves.

The view of Lord’s ideal coming out of the Singhadwara (which is the main entrance of the temple) in a graceful manner is an absolute blessing for the devotees. This makes the devotees filled with emotion and ecstasy.

The last idol in the ritual of Pahandi is the idol of Lord Jagannath which gives a serial of goosebumps to he devotees.

The Chariot of Lord Subhadra is named Devadalana which has 12 wheels decored and covered prominently with reb and black fabric. Devadalana chariot has 4 horses all red in color. Taladhwaja is the name of the chariot of Lord Balabhadra which has 14 wheels with a red and green canopy. It is the second-largest chariot with 4 horses all in black color. The largest chariot is of Lord Jagannath named as Nandighosha, having 16 wheels fabricated beautifully in yellow and red colors. 4 white horses increase the beauty of Nandighosha.

Chhera Pahanra is the following ritual which is highly awaited by the devotees. A special messenger informs the King of Puri, The Raja that deities have taken their place in the chariot. Gajapati Divya Singha Deva, the Raja reaches the grand avenue with a small procession by a caparisoned elephant. The king after offering the prayers to the deities in the chariot sweeps the floor of the chariot with a golden broom and sprinkles flower and fragrant water in the chariot.

Hera Panchami is the next major ritual celebrated on the 5th day and is considered to be the most interesting and beautiful ritual. In the ritual Goddess, Laxmi leaves for the Gundicha temple with anger to ask Lord Jagannath why has he not returned yet. The servants and devotees in the procession of Goddess Laxmi sing Hero Panchami song. ( where hera means to see and Panchami means five)

Knowing that wife Laxmi is proceeding to the Gundicha temple with anger, Lord Jagannath suggests his servitors lock the door of Gundicha temple. As the Goddess Laxmi observes the closed gate, she then returns to the temple by damaging a part of Nandighosa(which is the chariot of Lord Jagannath).

The return journey from the Gundhicha temple begins the Ekadasi of Asadadh. The journey is also known as Bahuda Yatra. On the Bahuda Ekadasi Suna Besha ritual is celebrated at the Singhadwara of the temple. The idols are decorated with kilos of gold and other Jewellery.

A lot of people gather outside the temple to witness the mesmerizing view of the golden avatar of God. Intersinghlty there are 32 Besha (which means form) of the God celebrated throughout the year. Suna Besha is also observed 5 times per year in  Magha Purnima,

Niladri Bije is the last prominent and most interesting ritual. This ritual is all about the continuation of the anger of the Goddess Laxmi. As brother Balabhadra and sister Subhadra get inside the temple, Lord Jagannath is still not allowed as Laxmi is still angry. After constant apologies and offering Rasugulla(sweet of chenna), Laxmi allows Lord Jagannath. This Niladri Bije is also famous as Rasgulla days in Odisha.

This ends the significant and world-famous chariot festivals.  Lakhs of foreign and local devotees come to witness this beautiful festival of the living God. 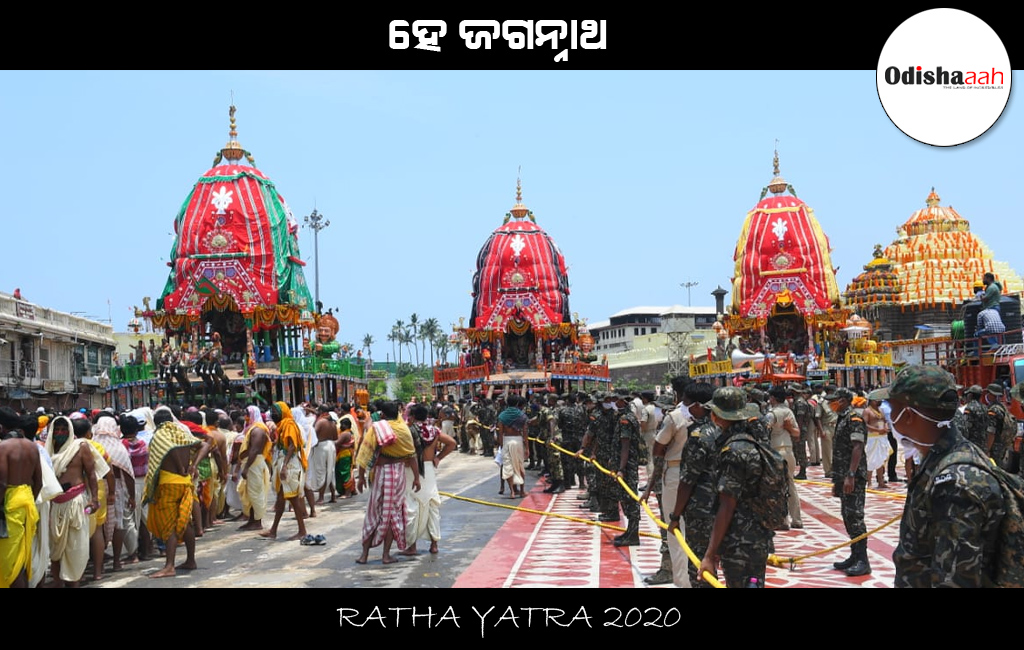