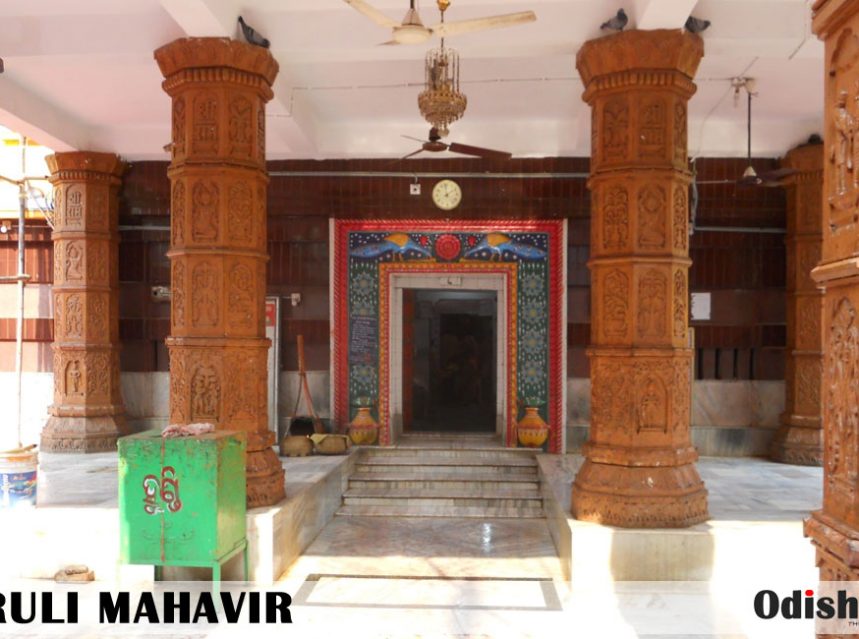 It is believed that Lord Hanuman is always looking at the Neela Chakra of Lord Jagannath Temple, Puri with his left eye.

The original Murti/Idol of Lord Hanuman worshipped in the temple was Swayambhu – that which appeared on its own. 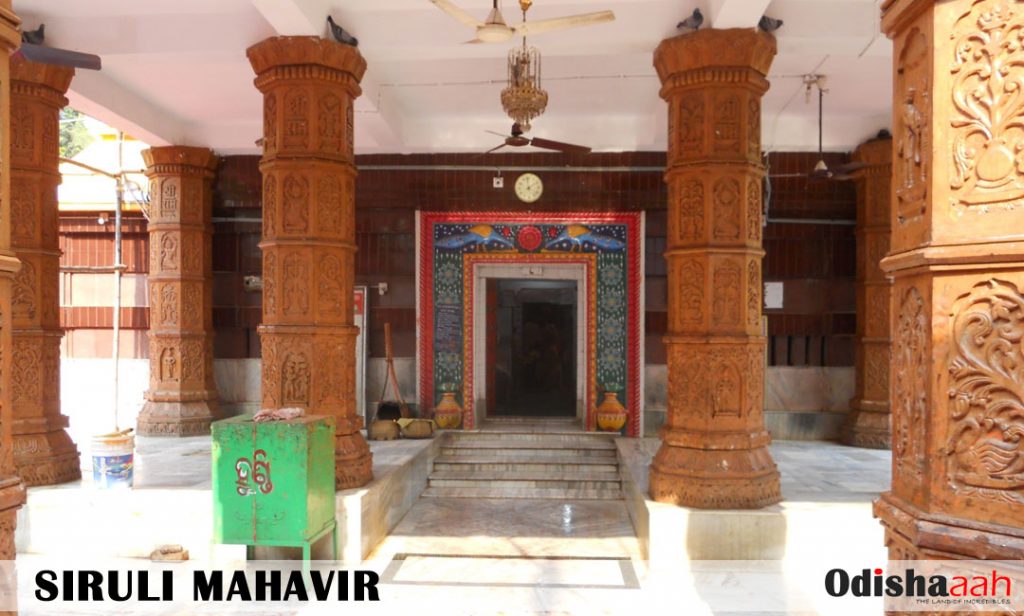 In the present time, a huge Murti/Idol of Lord Hanuman made of a single stone is worshipped in the temple.

The Murti/Idol of Hanuman presently worshiped here is 10 feet tall and faces west. The width of the chest of the murti is enormous. The chest exhibits the famous posture of Lord Rama and Sita in Hanuman’s heart.

In the right hand, he holds Gandhamardana parvata (a huge rock). Left-hand holds katuri or short dagger. He wears a garland of jewels (Vaijantimala) in his body. The murti of Hanuman has been designed as trampling over Murasura.

A unique aspect of the murti at of Mahavir at Siruli is that the eyes are not properly aligned. The left eye of the murti is looking through a hole in the wall and the right eye is looking southward towards Lanka. It is said that the left eye of Lord Hanuman is fixed at the Neel Chakra atop Jagannath Temple. Even today during clear early morning hours one can see the neel chakra atop Puri Jagannath Temple through the hole.

Tuesdays are the most important day in the shrine. Sankranti of every month is highly auspicious. The Sankranti in April month is observed as Hanuman Jayanti and attracts a huge crowd. Special pujas are offered on the day.